The abbey of St Thomas (Walsh) 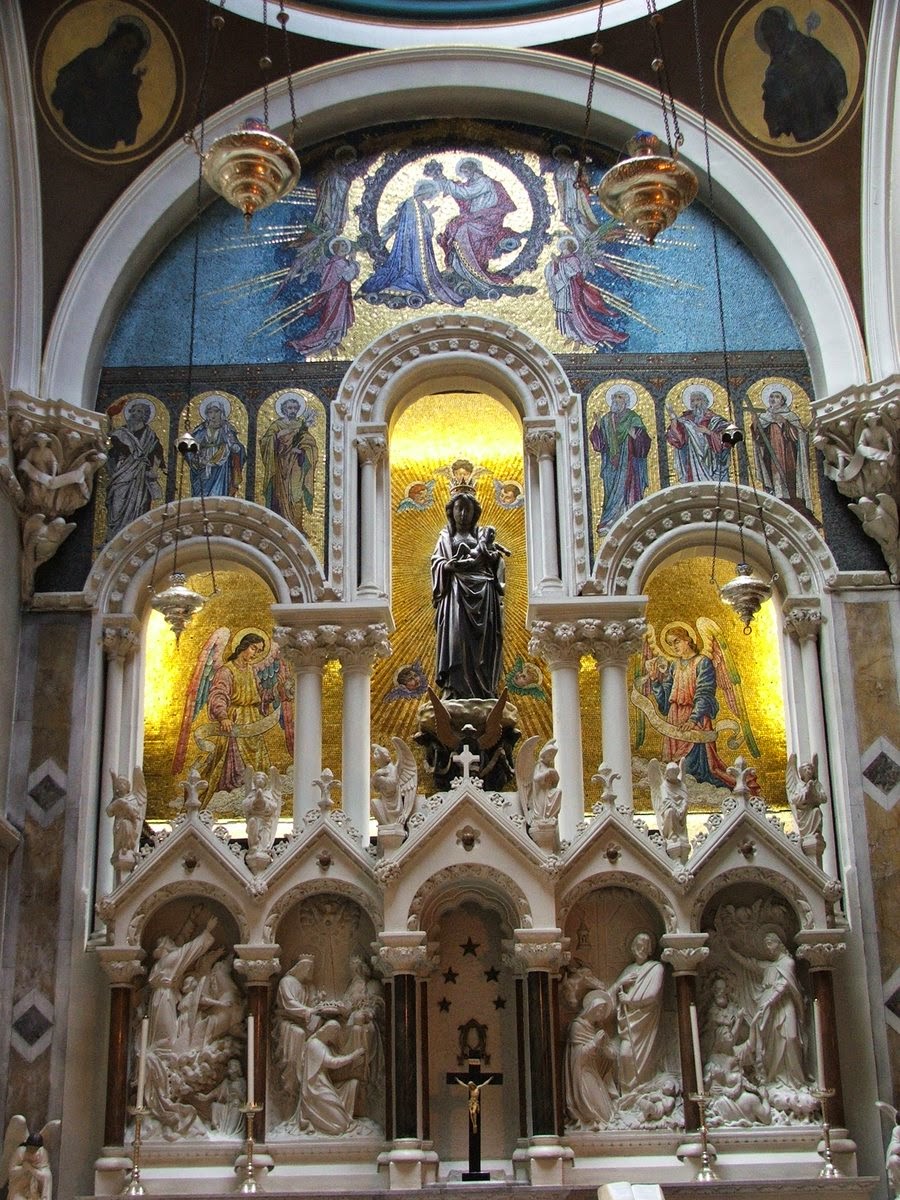 Shrine of Our Lady of Dublin

The abbey of St Thomas was founded in the part of Dublin called Thomas court for canons of St. Victor by William Fitz Adelm, butler to King Henry II.
A.D. 1174. About this time Simon was abbot.
A.D. 1200 Walter do Lacy son of Hugh the conqueror of Meath confirmed his father's benefactions to this abbey.
A.D. 1205 the contest which arose between this abbey and that of Bectiff in the county of Meath concerning the right to the body of Hugh de Lacy was determined in favor of St Thomas's.
A.D. 1326 Stephen Tyrrel was abbot.
A.D. 1354 John Walsh was abbot
A.D. 1380 the parliament of the English pale enacted that no mere Irishman should make profession in this abbey.
A.D. 1505 Walter Walsh was abbot.
A.D. 1529 James Cotterell was abbot.
A.D. 1534 Henry Duffe was abbot. In July 1538, he made a surrender of the abbey and its possessions. On the 10th of September an annual pension of forty two pounds was granted to him and to his predecessor James Cotterell a pension of 10. The abbot of this house was a baron of parliament.

Henry VIII granted a portion of the possessions of this abbey to William Brabazon Esq. forever at the annual rent of 18s 6d sterling. This ancestor of the earl of Meath obtained more grants of those possessions from King Henry at the yearly rent of £1 4s l1d.

In the 27th of Queen Elizabeth a grant was made to Anthony Deeringe of large possessions belonging to this abbey, one at 16s 8d Irish money, another at 20s Irish, and a third at £4 14s 4d, all in the county of Meath to be held by him and his heirs forever.

By an inquisition taken the 16th of January 1625 it was found that Henry Harrington knight was seized of some of its possessions at the value of 7s besides reprizes.
Posted by Unknown at 14:58